The next Portfolio Project will ramp up in the Spring of 2021.

"I've been so blessed in my photography career that I've designed this "pay it forward" program which will help raise your awareness and help build your skills more than almost any class or workshop I teach!"

Cost: A one time $15/person charge to cover admin expenses for Zoom.

This is a year long commitment to a photography project designed to teach EVERY level of photographer how to learn to "shoot with a purpose" rather than just "capturing images" of what's in front of you.

Are you ready to make a BIG commitment to yourself?  Are you ready to really look inside yourself?  See where the strength is, see what needs improving.  Learn how to plan your photoshoots so you will come out with the shots you're looking for.

Become a "Purposeful Photographer", not someone who just captures images.

You Should Read This 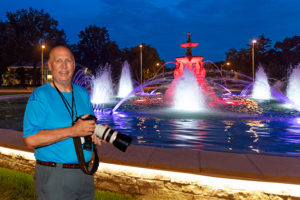 After having been a serious photographer for most of my life and a professional for the last several decades I have amassed loads of images in my “portfolio”. A “portfolio” which included photographs of many different types from landscapes, character studies, portraits, architecture and documentary snapshots. Every time I developed a class, prepared for a lecture or seminar or put together a workshop I tried to include some of my most recent work, or some old time favs for my students or listeners to view and relate to. For many years I subscribed to the “more is better” approach but several years ago I was introduced to a new approach to viewing, organizing and selecting images to include in my presentations. I called it The Portfolio Project.

Organize your images into Portfolios

How I got started?
I did my first portfolio project with my local camera club along with another 40 participants. We had a group leader/facilitator and a home host for our small groups. My goal was start with a blank slate! No older images that fit in to a specific mold, everything was going to be newly photographed for this portfolio project.
Our small groups were scheduled to begin meeting in September. I started researching in May about the topic for my portfolio. Since I was experienced in photographing many different subjects I had to decide what I’d be shooting, landscapes, portraits, architecture, converging lines…. I finally decided on something rather challenging, People With Tattoos and/or people getting or creating tattoos! In America, along with many other countries and cultures the tattoo was a way to define and convey who you are, what you did, what or who you identified with. It was art, newly created by an artist, conveying a meaning, thought or something else. And there was drama! If I could find a tattoo studio who would allow me to come in and shoot in their studio, over and over, I think I could get what I wanted!

Ok, so now I had a pretty good idea of a topic. Now I needed to write an artist statement and find some tattoo artists and clients who would allow me to invade their personal space and sometimes a very intimate moment (or place on the body) when someone they barely knew would be inflicting a vibrating needle into their skin! Don’t worry, it sounds much worse than it is (but that’s what I was thinking at the time). I started Googling tattoo studios. I also looked on Yelp for some with the best reviews. I settled on several and decided to email them. I received a very welcome and positive response back from Star Tattoo (where I lived at the time in Albuquerque, NM). They loved the idea! My proposal included some perks for them and their clients as well. I would provide any and all images the clients and the tattoo artists wanted. I also created a really nice Shutterfly book for the studio. Since I delivered the book, several of the featured subjects in the book have asked for copies (which I provided at cost).

I had several drafts of my artist statement, but I didn’t want it to limit what I was shooting in the tattoo studio so I put is aside and began shooting.  Loaded with a model release link to my website I arranged with the studio a day and time.  I arrived (with full camera bag and regalia) for my first shoot.  It was pretty typical of most tattoo studios.  Each artist had a cubicle, probably about six feet wide by ten feet long.   Most had specialized chairs like a barber shop.  Loads of designs were displayed on the walls and there were mirrors aplenty!

One of the reasons I chose this project was because of the physical and technical constraints.  Now, I’m an experienced portrait and senior portrait photographer and I’m used to shooting on the fly and being ready for any look as well as creating a look.  I knew this experience would come in handy, but I also knew there would be no posing of tattoo artists tattooing their clients.  Tattooing doesn’t work that way.  I wanted to capture “the moment”, the experience, the relationship between the artist and the client.

My first shot was ten minutes into the shoot.  A newly minted tattoo artist (in this studio tattoo artists spent three years as “interns” to learn every aspect of the business and trade.  Shawn Medlock was probably 6 months to a year out of his internship.  He was sharing a studio room with Jason Ward, one of the co-owners of Star Tattoo.    Shawn was very confident in his talent and ability, but I suspect there was a bit of desire to rely on Jason and a bit of a desire on Jason’s to oversee what the artist was doing.  My first shot was Shawn drawing a tattoo on a desk.  The desk had a mirror so the shot was actually a reflection of Shawn while creating the tattoo design for his new client.  It was to be her first tattoo!

As I began the shoot I was cognizant of the need to stay technically solid.  White Balance and lighting was going to be an issue on this project.  AND I didn’t have hours to research the sun or the moon as I might in preparing for a landscape shoot.  This was true artistic documentation in it’s element!  The studio had yellow walls.  I mean like the worst, ugly orange-yellow walls!  A WB nightmare!  I pulled out my trusty Expo Disc and captured some sample shots at different exposures.  For most of my shots I was armed with my Canon 5DMarkIII full frame camera body and either a 24-105 f4 or 70-200 f2.8 lens.  I mounted a Canon 580 speedlight in the hot shoe and bounced the light as much as possible.

After the first days shoot, I knew I was on to something.  The images were amazing!  A true reflection of art being created and sealed, for life!  My first shoot lasted for two to three hours and I booked a time to return several weeks later.

Peer Feedback Makes You Better
Peer Feedback After I’d had several shoots under my belt we had our first small group meeting. I hosted at my house and used my trusty MacBook Pro and fed the images (from memory sticks) to a wide screen TV via the HDMI port. For this session, we will do it online with ZOOM! They looked pretty good and offered the group the ability to see the images and provide input. The format of the small group was such that everyone would talk about their project, read their artist statement and display their images. Some portfolios were in year two of the project so the decisions about which images to include were just as tough as the newer projects and images. As one photographer displayed his/her images the group of 6 to 8 photographers would make comments, ask questions, suggest alternatives etc. The feedback was done in a very kind and supportive manner and the presenting photographer was given very informative and critical feedback as to how the image reflected his artist statement and how it flowed with the rest of the portfolio. This process went on for about 6-7 months! At this time some PPA members of the community were invited to provide their feedback. Photographers submitted their artist statement and their images on a memory stick for feedback. A great experience!

I enjoy the creativity of photography, especially night photography. Most of my photographs are taken at night, low light scenes like Milky Way, Night Sky and Star Trails. The contrast of the City Lights against the black night, or the golden glow of a sunrise, or the illumination provided by a full moon provide a completely new views of something familiar. I have done my job, as an artist, if these photos show an Icon the viewer is familiar with and utilizes a low light environment (between Sunset and Sunrise). The process I followed was to pick an Icon, determine the best day and time to create the unique composition. The preparation, research, challenges of taking low light photography, and the post processing are the reasons why I enjoy taking these pictures.

Verb:  Have in mind, or be able to bring t0 one’s mind an awareness of someone or something…

It’s been ‘A Journey’.  I emerge a year later astonished at where this journey has taken me.  Certainly not anywhere I would have anticipated when I began.

My goal is to challenge you to ”Remember!”.  Remember not only intellectually, but with heartfelt gratitude those individuals from WWI through today whose honor, valor, and sacrifice give us the freedoms we enjoy today.  Those freedoms were and continue to be hard fought/won.

By combining photographic techniques with artistic composition I offer a view of past & present which is familiar yet new.  It is my hope that as you view these images, you will see them with the ‘eyes of your heart’.  These images are meant to be more than “pretty pictures”.  May you carry these images in your heart as you leave today.

For my portfolio I want to capture the charm of the old vintage signs around Kansas City. I have fond memories from my childhood of looking out the car window and admiring all the beautifully lit signs as we traveled. These types of signs seem to be a dying breed. I want to photograph these signs before they are gone and replaced by digital ones.

The Portfolio Project should be a fun one for ALL skill levels from beginner to advanced/professional.  Ideally you should have have a good knowledge of your camera and some editing skills.  These so you don't get frustrated trying to learn your camera while you're trying to become a better photographer.

PLEASE READ EVERY WORD OF THIS BEFORE PROCEEDING.

Below is the registration form for the portfolio project.  Once you have completed the form and clicked Submit, you will be redirected to a Paypal web page to pay the $15 admin fee.

Once both have been completed, you should receive two emails confirming the registration.